Life on the Farm

Who could inspire me better than the great wine writer Hugh Johnson, who, when reflecting on a journey to Italy, wrote:  “I was in the happy position of being able to trace Italian varietal wine directly back to the trellises, cellars and the families that shaped it. It is a journey anyone can make. One can eat the food they eat with it; and become as it were honorary members of the community and culture that forms it”. 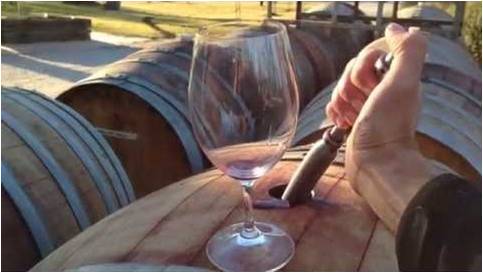 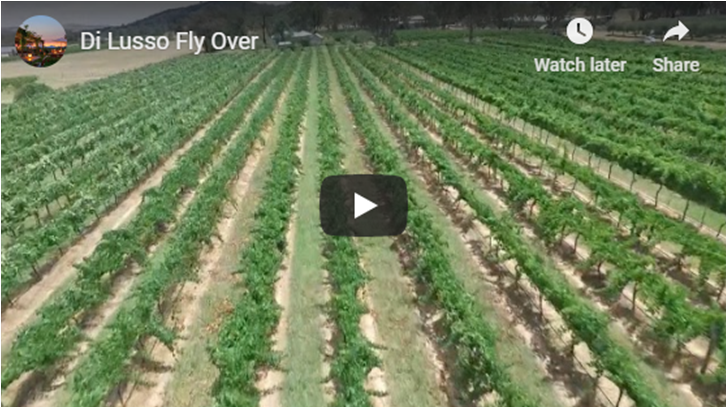 To me, Italy is the most exciting wine country in the world. More varieties, more regions, a more dedicated food-and-wine culture than any other European country.

But so far away! It would be nice, I thought, to build a wide range of Italian varietal wines…right here in the sympathetic environment of Mudgee. In the company with good Trattoria food, looking over our little Lago di Lusso and vineyards to the Tuscan – looking profile of the hills beyond.

And, thanks to Italian wine pioneers like Thomas Fiaschi, Carlo Corino and Bruce Chalmers, when I began looking in 1999 there was a good and growing range of varieties to choose from.

Back then, and since then, I have been inspired to select as wide a cross section – white, rosé, sparkling, red and dessert wines – of varieties as the small farm could manage, make the wines in styles that are ‘Italian,' and most importantly, offer these wines with food to our own Italian wine community, by way of our own Cucina di Lusso.

There it is, then – the food, the wine, the community. None more important than the others.

I came to be inspired by Italian varietal wine over a number of phases… Firstly, as an earnest young London-based banker in the 1970’s, sampling Italy’s beautiful food and wine without the need for either menu or wine list, I remember. Very early on, I became a believer in the Italian saying that “the primary purpose of wine is to make food taste even better!”

In the 1980’s, living in New Zealand just as that country was starting to become really confident in its ability to make ’new world’ wines. No guessing where I spent much of my spare time!

And finally, when living in Sydney and looking for a ‘retirement job’, my partner Luanne Hill and I put one and one together and came up with Mudgee – a wine region with a solid history of Italian varietal winemaking and possessing the best wine village in Australia!

“Winemaking is really quite a simple business, only the first two hundred years are difficult” (Baroness Philippine de Rothschild)

Well, now that I’m now about one tenth of my way through this learning phase, what can I remember?

The decision to grow Italian varietal grapes was a ‘no-brainer’. In addition to their food-matching qualities and Mudgee history, the end of the 1990’s heralded the start of the ‘alternate varieties’ wine era in Australia. And thanks to the likes of nurseryman Bruce Chalmers and Carlo Corino, a growing choice of varieties had started becoming available.

From our decision to grow Italian varietal grapes in Mudgee to our first plantings took just eighteen months. In June 1999 we selected a thirty-acre plot that had served as the ‘headquarters’ of a grape growing syndicate – and it included a modest three bedroomed house and separate farmworkers’ apartment.

Thanks to the skill and experience of Jim and Tony Muller, five acres each of Sangiovese, Nebbiolo and Barbera – and the olive grove - was planted by November….with irrigation and trellising. At that time there was no thought of the wine making, restaurant or other businesses that were to follow.

Our first crop was in 2002, which happened to coincide with the first stage of what became called “The Great Australian Wine Glut” – led by a sharp reduction in Australia’s export markets combined with a very slow supply side adjustment.

In 2003, we decided to build a winery. The decision was a logistical one – the competition among growers to find space in the diaries of the available winemakers was just too fierce.

From that point on, of course, life became more serious. Very early in the piece I had to give up on the idea of a Tuscan castle (being gently informed by my architect that “with your budget, Rob, it’s got to be Colorbond!”). Nevertheless, thanks to the intervention of Luanne, the building of the dam (from an enlarged sculptor’s clay pit) framed the front of di Lusso Estate and gardens in a way we constantly bless.

Up to that point, the evolution of today’s di Lusso Estate wine business had been fairly predictable. The quite successful expansion of the Italian varieties in our range, the successful fig orchard and the less successful dabble with saffron, lavender and lemons.

And then, in 2009, we launched the di Lusso Estate restaurant, or more accurately, the pizzeria and trattoria, the current location of the Cucina di Lusso restaurant that was previously in Glebe.

Food is a hard but almost perversely rewarding business. The restaurant is now about a third of our turnover but occupies well over half my time - other than in winter, when it's all about pruning the vines, the olives and the figs!

1999  After a three-year search of most wine regions in Australia, we settle on Mudgee. Its proximity to Sydney, its 100-year history of growing Italian varietals and the beauty of the village- in our view Australia’s best wine village – are compelling. In October we plant 15 acres of grapes and five of olives – all Italian varieties.

2002  We plant 120 fig trees – mostly Italian varieties. This is the year of our first grape harvest, and we soon discover the logistical issues of outsourcing our winemaking, so the decision is made to build a small winery. We extend the Estate house.

2003  The winery produces its first wine in March, and in September (after substantial work on the gardens around it) we open the cellar door. On sale are only Sangiovese, Barbera, Nebbiolo, Picolit, Vermentino (made from fruit bought in Victoria) and Aleatico. We experiment with a red SuperTuscan blend we call il Palio. It proves to be popular!

2005  Our first small crops of olives and figs are harvested. We graft Vermentino into the vineyard, and produce Pinot Grigio for the first time - with fruit from Orange.

2006  We christen our first pizza oven and start serving (free)pizzas and sliced Italian cheeses. We host our first wedding at di Lusso Estate, and graft Lagrein onto Nebbiolo.

2009  Cucina di Lusso in Sydney is closed, and relocated to Mudgee as a Pizzeria/Trattoria. Our first Arneis is bottled, and we release our first Appassimento (then called Vin Santo).

2010   We expand our operations by leasing a 10-acre vineyard a short distance from Di Lusso. It’s called Brambletyne. We graft Arneis, Nebbiolo and Lagrein onto the existing Cabernet.

2012  We harvest our first fruit from Brambletyne and launch our first release in December.  An unsuccessful attempt is made to grow saffron on the Estate (a project finally abandoned in 2015).

2014   We bottle our first sparkling wine, made from Prosecco fruit grown in King Valley. We call it Vivo! (In subsequent years we used Chardonnay, Vermentino and Arneis).

2017  We commence work on expanding the capacity of the winery and installing an air-conditioned wine storage area. With completion, our new ‘cellar’ can house 5,000 bottles in comfort (ie 16 degrees c).

2018  We decide to ‘tweak’ our vineyard by doing two things (1) plant our first block of Pinot Grigio – only one acre at this stage, but by 2022 it should reduce the annual panic to source our most popular white wine and (2) introduce the ‘hot-stock’ new Mat 7 Sangiovese clone to the farm – in order to add a bit of complexity to our most popular red. We start clearing the land and prepare the ground for delivery in 2020.

2019  This year was continuing drought, and monitoring the vineyard condition was vital. We added a further automated moisture reader which provided much comfort.

2020  This year will forever be known as ‘the Year of Smoke Taint’. From October 2019 to the end of vintage in March 2021 vineyard visibility was down to metres throughout the region – even although the fires only got to within 25 km of Mudgee itself. We managed to make some white wine that appeared to have escaped the smoke – as did our Vino Rosato made from Sangiovese. As the Queen might have said “Annus Horribilus”. Unfortunately, all the red wines were affected, and to date there been no reds bottled. We patched together and massaged a quantity of the red blend il Palio – which is the mainstay current red wine of di Lusso, and some even older Sangiovese – the 2017 ‘Rosso’ style – which became a popular addition to our range later that year.

2021  We tended the November plantings of Pinot Grigio and Sangiovese grafts, but despite our care we lost a fair amount of each to Downy Mildew – caused by an uncharacteristically wet spring and summer. We’ll need to have another shot at it in 2022. With regular spells of Covid lockdown, the year was one of feast and famine. Currently famine, as at time of writing turnover is practically nil. But thanks to good spells earlier in the year, we’ve been kept busy by a host of projects – a new kitchen, an extension to the house...