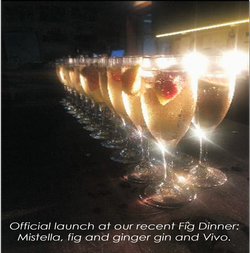 We are excited to introduce the newest addition to our di Lusso Estate range - Succo di Aleatico - a complex and intriguing mistella.

Succo di Aleatico is made from the juice of our Estate-grown Aleatico and barrel-fermented grappa.

Aleatico’s luscious candy flavours when blended with the grappa produce a 'wine' with a beautiful golden colour, late harvest flavours of apricot, marmalade and peach, and a spicy finish.

Not as sweet as a dessert wine, Succo di Aleatico can be enjoyed with baked desserts or after dinner with hard cheeses... or at any time, as a mixer - on ice, with di Lusso Estate Vivo! and lime. 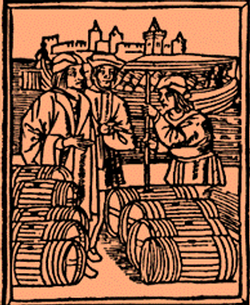 Mistella in some form, has been produced for over 300 years throughout the wine-producing regions of Europe, so there is some debate over its origins.

One theory is that Mistella was first developed by the Dutch to increase the shelf life of wine for transportation by ship (the addition of grappa would have killed any fungus or bacteria in the barrels). 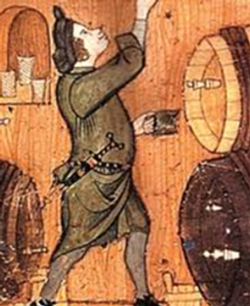 Another story goes that at some point in history, a careless worker at an unknown distillery or winery tipped some brandy into a barrel, not realising it was two-thirds full of juice, thus serendipitously creating the local aperitif. Versions of this happy accident are told in pretty much every mistella-producing region.

I am perhaps more persuaded that our heroic workers simply combined two delicious liquids in the age-old spirit of enquiry.

Suffice it to say that this style of drink has a long history in Italy, Spain, and some of France’s grape-growing regions (notably Cognac and Armagnac).

The Italian term Mistella, sometimes called Sifone, means the same thing as the French Mistelle and the Spanish Mistela: a mixture of grape juice and alcohol. Its claim to fame, as it were, is that the base juice does not undergo fermentation.

The Aleatico mistella was stored for three months in stainless steel tanks, and then wine spirit (grappa) was added. After that, we moved it into used French oak barrels. It rested for over two years.

From the very first time we tasted the blended wine, it was clear the flavours were interesting and unique! The final result is a tribute to creative winemaking and a special variety.

For our mistella, we chose the versatile Aleatico grape (which is also used in its raisined form in our Tuscan-style Vin Santo offering, Appassimento, in some of our Vino Rosato vintages, and of course, in our Aleatico wine itself).